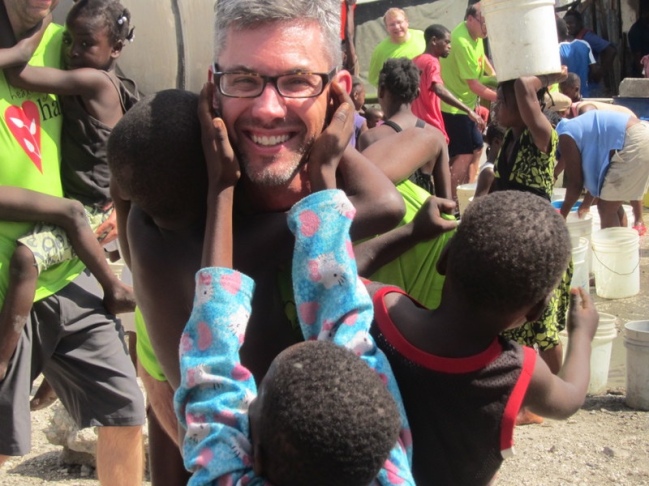 They took Jesus’ body and, following burial custom, wrapped it in linen with the spices. – John 19

My family watched the 2016 movie RISEN last night.  If you haven’t seen it, the movie is about a Roman soldier who is searching for the disappearance of Jesus body from the tomb.  Near the beginning of the movie, is the scene where Jesus and the two criminals are hanging on the cross.   This Roman soldier comes upon the three just after Jesus has passed and just as they are breaking the legs of the other two criminals in order to speed up their deaths.  It is a horrifying scene of pain and anguish.

When all three have passed, the crowd disperses and the soldiers begin the job of removing the criminals from the cross.  First they kicked the cross so it falls backward and lands with a crash on the ground.  The bodies shook after they crashed to the ground.  Then they pulled out the nails, grabbed the bodies, and dragged them to a mass grave.  The grave is full of bones and decaying bodies and flies.  You hear the sound of flies almost like they are in your ear.  This is where the bodies are thrown.  That’s when Joseph comes running in with the decree from Pilate saying he can take Jesus body for burial.

The scene ends with Joseph and Nicodemus rushing to the cross to remove Jesus.  The words that come out of Joseph’s mouth are “GENTLY” as they climb the ladder to remove Jesus from the top of the cross.  They expressed the true essence of the word compassion.  They wanted to treat Jesus with kindness even after his passing.  They wanted to preserve his dignity and offer him their respect even if it was just to his lifeless body.  It was their actions that spoke louder than their words on that day.

It was crazy that I sat down today to write about this exact story:

After all this, Joseph of Arimathea (he was a disciple of Jesus, but secretly, because he was intimidated by the Jews) petitioned Pilate to take the body of Jesus.  Pilate gave permission.  So Joseph came and took the body.

Nicodemus, who had first come to Jesus at night, came now in broad daylight carrying a mixture of myrrh and aloes, about seventy-five pounds.  They took Jesus’ body and, following the Jewish burial custom, wrapped it in linen with the spices.  There was a garden near the place he was crucified, and in the garden a new tomb in which no one had yet been placed.  So, because it was Sabbath preparation for the Jews and the tomb was convenient, they placed Jesus in it.

At first I struggled with what to write for compassion.  With all that is going on in this world today I didn’t think that I had been compassionate or experienced compassion enough to speak about it.  But that was wrong.  Compassion isn’t a gift to you only if you are dying, grieving, or at the pit of despair.  Compassion comes in all shapes and sizes at all times of your life.

In the month of March when I was sick I realized that I had experienced compassion in a variety of ways:  my sixth grade small group sent me a card with good well messages, my friends texted me daily checking in, I received numerous offers to shop and bring me anything I needed, a homemade meal was dropped to my door, and even my oldest daughter was late to her training so she could pick up some food I was craving for dinner.

Let’s take this story in John as an example of compassion.  Jesus spent all of his ministry showing us an abundance of ways in which we can be compassionate to others.  His closest friends reciprocated that when he had passed.  We can continue that compassion.  We can find small and big ways each day to show it to others.  I found this quote from Prince that I will leave you with.  Seemed appropriate. 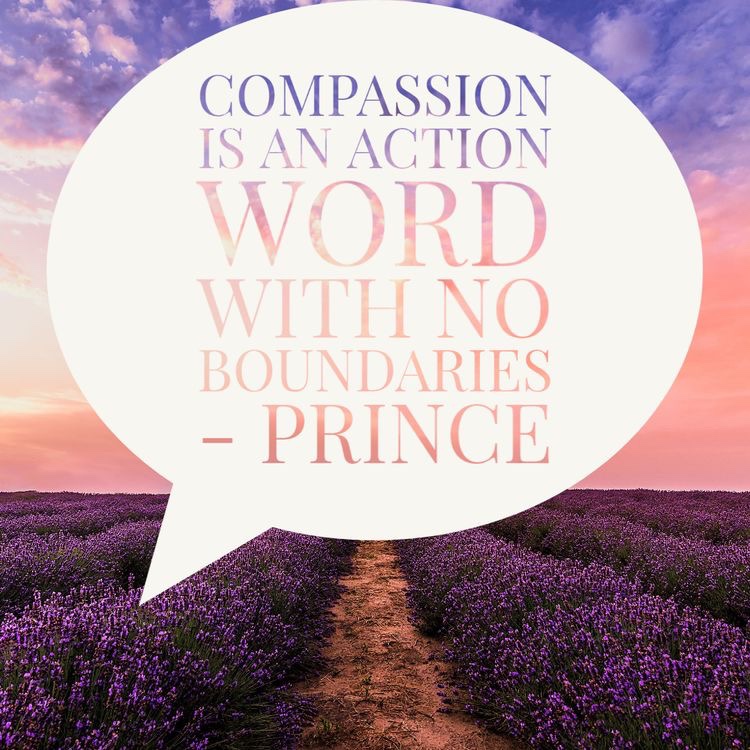