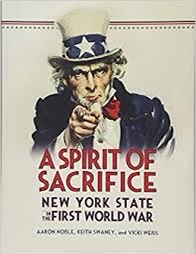 Jesus said, “It’s done…complete.”  Bowing his head, he offered up his spirit.

This is the very moment when Jesus offered up the greatest sacrifice.  Himself.  Every bit of him he laid down for each of us.  For those who had passed, for those living, and for those of us yet to come.  May we never, ever forget what Jesus did that day.

I’m currently reading the book “The Way of the Warrior An Ancient Path to Inner Peace” that is written by Erwin Raphael McManus.  Before you read today’s story, I will leave you with an excerpt from this book.  This paragraph really spoke to me when I thought about Jesus death.

“For every war that you’ve bled for and won, there is another war waiting to overtake you.  There is no path in this life where you can escape those things that will war against your peace.  Even Jesus, the Prince of Peace, knew that his path would lead him to agony and suffering.  Even for Jesus, there was no escape from the war that rages within the human spirit.  Yet in the most violent moment of his life, when he carried the sins of the world upon himself on the cross amidst brutality, he made the way for us to know peace. This is the way of the warrior – not that we run from our suffering, not that we shrink back from the sacrifices demanded of us, but that in the midst of it, regardless of what rages around us, we are at peace.”  (McManus)

May you now read John 19 – The Crucifixion Part 1.

They took Jesus away.  Carrying his cross, Jesus went out to the place called Skull Hill (the name in Hebrew is Golgotha), where they crucified him, and with him two others, one on each side, Jesus in the middle.  Pilate wrote a sign and had it placed on the cross.  It read:

THE KING OF THE JEWS.

Many of the Jews read the sign because the place where Jesus was crucified was right next to the city.  It was written in Hebrew, Latin, and Greek.  The Jewish high priests objected.  “Don’t write,” they said to Pilate, ” ‘The King of the Jews.’  Make it, ‘This man said, “I am the King of the Jews.” ‘ “

When they crucified him, the Roman soldiers took his clothes and divided them up four ways, to each soldier a fourth.  But his robe was seamless, a single piece of weaving, so they said to each other, “Let’s not tear it up.  Let’s throw dice to see who gets it.”  This confirmed the Scripture that said, “They divided up my clothes among them and threw dice for my coat.” (The soldiers validated the Scriptures!)

While the soldiers were looking after themselves, Jesus’ mother, his aunt, Mary the wife of Clopas, and Mary Magdalene stood at the foot of the cross.  Jesus saw his mother and the disciple he loved standing near her.  He said to his mother, “Woman, here is your son.”  Then to the disciple, “Here is your mother.”  From that moment the disciple accepted her as his own mother.

Jesus, seeing that everything had been completed so that the Scripture record might also be complete, then said, “I’m thirsty.”

A jug of sour wine was standing by.  Someone put a sponge soaked with the wine on a javelin and lifted it to his mouth.  After he took the wine, Jesus said, “It’s done…complete.”  Bowing his head, he offered up his spirit.

Then the Jews, since it was the day of Sabbath preparation, and so the bodies wouldn’t stay on the crosses over the Sabbath (it was a high holy day that year), petitioned Pilate that their legs be broken to speed death, and the bodies taken down.  So the soldiers came and broke the legs of the first man crucified with Jesus, and then the other.  When they got to Jesus, they saw that he was already dead, so they didn’t break his legs.  One of the soldiers stabbed him in the side with his spear.  Blood and water gushed out.

The eyewitness to these things has presented an accurate report.  He saw it himself and is telling the truth so that you, also, will believe.

These things that happened confirmed the Scripture, “Not a bone in his body was broken,” and the other Scripture that reads, “They will stare at the one they pierced.”