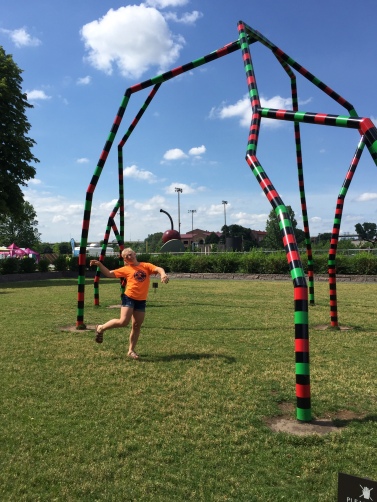 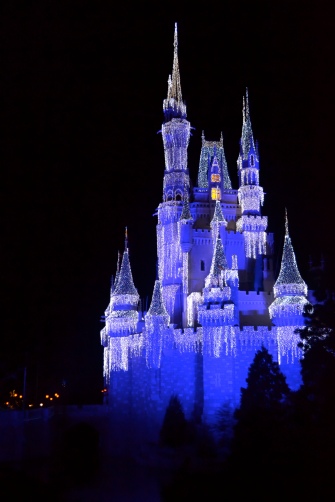 You have your heads in your Bibles constantly because you think you’ll find eternal life there.  But you miss the forest for the trees. – John 5 (What the Father Does, the Son Does)

According to a quick Google search, here is the meaning of imagination:

the faculty or action of forming new ideas, or images or concepts of external objects not present to the senses.

One of the greatest examples of imagination is a child at play.  If you ever have the opportunity,  take a moment to sit quietly and observe them.  Their imaginations run wild!  They will add elaborate detail to their small figure play.  They will create massive kingdoms with their building blocks or legos.  They will conquer giants, save people in distress, and heal the sick.  But the absolute best part of their imagination is that most of them will include anyone and everyone that is willing to join them.  Ask them if you can play and you will find a new imaginative adventure that awaits.

As adults the active use of imaginations seem to dwindle.  I’m not sure what the root cause of that is but it’s less acceptable for an adult to live outside the box.

My youngest daughter is super creative.  She enjoys building things and making things.  She will create miniature houses out of scrap cardboard and will create shirts, skirts, and dresses for her American Girls out of scrap fabric pieces.  She is happiest when using her imagination then when she has to follow directions.  This summer my mother was giving her sewing lessons so she could learn to use her sewing machine.  The two of them were making shirts and pants that had them following a pattern.  Often my mom would smile and say okay I think we’ve had enough for today and their lesson would end because my daughter would be bored!

Right before third grade started I was super worried that she was going to lose her “out of box” thinking by staying in the regular public school.  Up until this point the teachers didn’t seem to understand her need for questioning the why behind what they expected of her.  She wasn’t as willing to follow directions like the other kids.  I was terrified she would lose that spark that I know God gifted her with.  I met with a trusted teacher and mentor at the school who had interactions with my kids outside of school.  He listened to my worries and promised me the next year would be different.  That the teacher she was going to have was one of the best and that he personally would keep his eye on her.  He told me some of the best advice that I have used many times to parent her, even now.  He said that sometimes children like her aren’t opposed to following the rules and doing what you ask them if they understand the importance of why.  That he would listen to her questions and tell her why she needed to do things and he thought that would help.  It wouldn’t squash her imagination to do some “in the box” activities at school.  She could learn to do both and now as a sixth grader has done just that.

We pick up our story in John 5 with Jesus continuing his plea for the people to listen to him.  He wants them to follow the faith (like my youngest daughter in school), but he also wants them to open their eyes to the possibility that there is more if they just could imagine it, (like my daughter does in her creative endeavors)!

“You have your heads in your Bibles constantly because you think you’ll find eternal life there.  But you miss the forest for the trees.  These Scriptures are all about me!  And here I am, standing right before you, and you aren’t willing to receive from me the life you say you want.

“I’m not interested in crowd approval.  And do you know why?  Because I know you and your crowds.  I know that love, especially God’s love, is not on your working agenda.  I came with the authority of my Father, and you either dismiss me or avoid me.  If another came, acting self-important, you would welcome him with open arms.  How do you expect to get anywhere with God when you send all your time jockeying for position with each other, ranking your rivals and ignoring God?

There is SO MUCH more then just the Bible in God’s world.  In this part of John, Jesus is trying to get the people to see that.  See that God created this beautiful world to live in.  That God created and sent Jesus to imagine a place where everyone believed and loved and served.  To imagine that Jesus was sent on this earth for our very salvation!  Unfortunately most weren’t willing to imagine any of what Jesus was sharing.

God has THE best imagination.  Look outside your window and you will get just a glimpse of it.  He doesn’t want us to lose our imaginations as we grow older.  There is definitely a place for rules and following them.  But there is also a place for opening your hearts and imaginations to the possibility of more.

For some reason my 15 year old son walks around saying “imagine” before he speaks:

“Imagine not listening to mom!”

It’s corny and silly and makes us laugh.  But in all seriousness we should really take time to IMAGINE more of the world around us.  Jesus wanted everyone to imagine the life happening around them.  We need to look up from our Bibles and experience and serve people as God would want us to.  We can study and believe in His word AND imagine and serve others in our actions!

One thought on “LENT Day 5 – Imagination”